Skiing is a bug and I have definitely caught it.

For me, there is nothing more thrilling, rejuvenating or exciting than racing down a beautiful, snow covered mountain whilst trying with all my might not to fall and kill myself.

Skiing is a hard sport to master as an adult (which is why it’s ideal to learn as a child) but one that comes with so many rewards; the adrenaline of speed, the satisfaction of getting better and falling less, the warming tingle and ache from working the muscles and the freshness of mountain air in the lungs. Those wonderful evenings by the fire drinking beer, mulled wine and hot toddies with new friends…. sharing stories until dawn in the deafening silence and darkness of the mountain. For me, a winter holiday offers just as much fun and experience as going away in the summer.

One of my favourite countries is Slovenia, which offers fantastic opportunities for skiing. Slovenia is located next to Northern Italy, in between Austria and Croatia. It’s a tiny country, about the size of Wales in the UK, with a population of just over two million. Slovenia has thick, dense forests, a short Adriatic coastline and defined seasons.

I whisked my husband away to Slovenia for a surprise birthday ski trip two years ago, a whirlwind weekend but probably one of our best trips away. We recently returned, less than two years later, with the new miniature addition to our family in tow. At 14 months old, our little boy isn’t quite ready to ski yet but as soon as he’s capable on his feet he will be going in a set of skis! Children seem to learn this sport so quickly and easily, I’ve seen many toddlers more confident on a set of skis than in their shoes.

There are countless reasons why Slovenia is a great option for a ski break, and here are my top six;

Flights to the capital, Ljubliana, are offered on budget airlines and car rental is much cheaper than other areas of Europe. Skiing is an expensive sport when you include both equipment rentals and lift passes, and now the Pound isn’t as strong against the Euro, it’s key you get the most for your money. Skiing in the Slovenian Julian Alps is far less expensive than its neighbouring European countries.

Getting to and around Slovenia couldn’t be easier; the flight time from the UK is less than two hours, with the airport in a conveniently–located central location just north of the capital, Ljubliana.

The roads are well-maintained and beautifully quiet. If you stay in a central location like Bled, which is just 30 minutes’ drive from the airport and has its own ski resort, you can then access the bigger resorts of Kranska Gora in 30 minutes and Vogel in just less than an hour.

I think it’s fair to say any ski resort is beautiful, after all who doesn’t love looking at dramatic, snow-topped mountains against a crystal blue sky? But Slovenia offers some truly stunning scenery beyond its dramatic mountainous landscape.

Lake Bled boasts a magnificent Gothic island church, one of the most photographed points of Slovenia. And up on the hill in Bled, the famous Bled Castle looks like it has literally been dropped out of a fairy tale.

The resort of Vogel offers some incredible panoramic views of Lake Bohinj, the Triglav mountains and all the way to the Kamnik and Savinja Alps, while Kranjska Gora offers a postcard-perfect Alpine village in the valley amidst the mountains.

Driving in Slovenia feels like you are the only person on the road and even some of the ski resorts are quiet during the week. We skied at Vogel in the middle of February and I was surprised at how peaceful it was. It felt like we were on our own on some of the runs, literally making the first tracks in the snow.

Slovenia has an incredible 49 ski resorts, the most popular ones being Maribor, Krvavec, Vogel and Kranjska Gora.

We visited three; Vogel in Bohinj, Kranjska Gora and Straža in Bled.

Straža, on the edge of Lake Bled is a small resort with access right from the town centre of Bled. The slopes offer incredible views of the Lake and the surrounding mountains and is great for beginners, offering mostly easy runs and a ski school.

Kranjska Gora is set in an Alpine village in the North West of the country, very close to the border of Austria. The resort is great for beginners, offering a wonderful ski school and slopes for skiers of all abilities; from small baby slopes to larger off-piste areas where you can avoid the crowds and make fresh tracks in the snow.

Kranjska Gora is a busy resort, so be prepared for long-queues for the lifts. This is partly due to it hosting annual ski jumping and World Cup skiing, but it’s also due to its location; set in a beautiful Alpine village with some fabulous restaurants, cafes, pizzerias and quaint Christmas markets lining the square. Many of these bars, restaurants and hotels sit right at the bottom of the slopes, providing great options for Après-Ski and family-friendly choices for breaks from the slopes during the day.

Vogel, in Bohinj, is accessible by cable car, lifting skiers 1500m up the mountain with incredible views before skiing even begins. Vogel offers some of the best skiing conditions in Slovenia as moisture from the Adriatic hits these mountains first. Even as a beginner; I found skiing through fresh, real snow (as apposed to the added man-made snow on the other resorts) made a huge difference to my skiing experience.

Vogel is great for beginners as it offers nursey slopes and trails to practice on before hitting the bigger runs. While there aren’t as many restaurants on this resort as Kranjska Gora, there are some quaint and cosy places on the mountainside offering quality local food, as well as a huge terrace to enjoy a drink and spectacular views whilst soaking up some winter sun.

You can get exceptional food all across Europe, but not once in our now two visits to Slovenia have we had one meal we were disappointed with. I’m not a picky eater by any means, but after living in San Francisco, traveling to various countries and working in restaurants for years, I like to think I have a fairly sophisticated palate.

There is an encouraging and sustainable farm-to-table approach in Slovenia and many restaurants only serve their own local wines, all of which I found delicious.

I’m really sensitive to the taste of water and in Slovenia, the tap water has a mineral taste to it, if it indeed tastes like anything at all. But it’s certainly missing that chemical, chlorine note to it that I frequently taste in our water in the UK.

A trip to Slovenia is a convenient, family and budget-friendly way to experience the wonderful culture and culinary delights of this beautiful country in Europe. Check back soon for my reviews on hotels and restaurants in Slovenia.

Seb in the snow 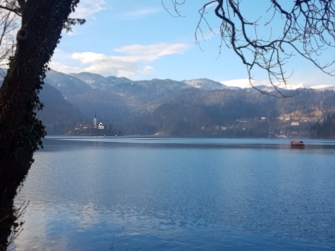 What about you, have you ever been to Slovenia? Any comments? Share below!

If eating healthier is on your list of intentions for this new year, following a plant based diet is one of the best ways to achieve that. A plant-based diet is a wonderful way to lose weight, increase energy and detox your body after the holidays. Thousands of people are going Vegan this month for Veganuary. Here are five reasons to consider it (if you haven't already); 1. It's great for your health 2. It helps with weight loss 3. It's good for the environment 4. It helps prevent the exploitation of animals 5. A plant-based diet is delicious! If you want to try going Vegan but aren't sure where to start, I've created a guide with all the information you need here - https://fleurbailey.com/product/the-ultimate-veganuary-guide-meal-plan/ It includes answers to some common questions such as, "Will I get enough protein?", "What about Vitamin B12 and Iron?". The guide includes four weeks of meal plans, shopping lists and countless mouth-watering recipes for breakfast, lunch, dinner and snacks. It also includes a free vegan smoothie recipe book. Check the link in my bio 😁💚🥦🥬 Please do share your thoughts on veganism or the Veganuary campaign, it's definitely a hot topic at the moment! #plantbased #plantbaseddiet #vegan #veganuary #herbivore #healthyfood #eattherainbow #veganrecipes #vegandietguide #vegandiet #plantpower 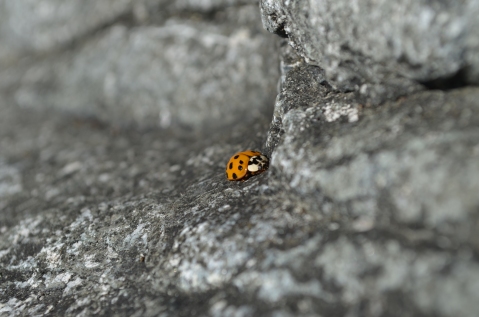 Ladybug nestled on a rock in Sooke, BC 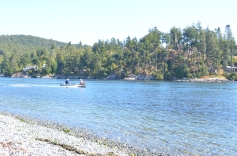 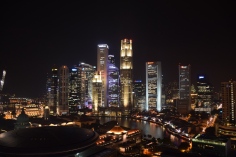 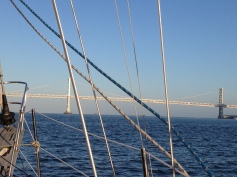 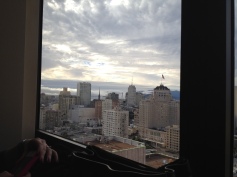 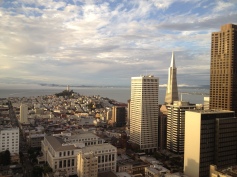 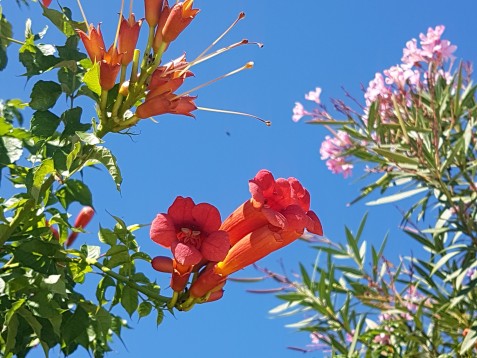 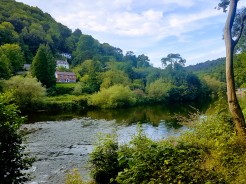 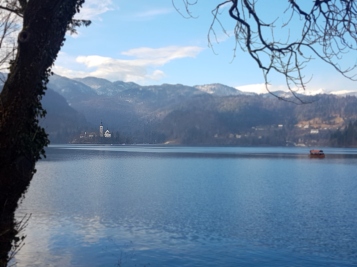 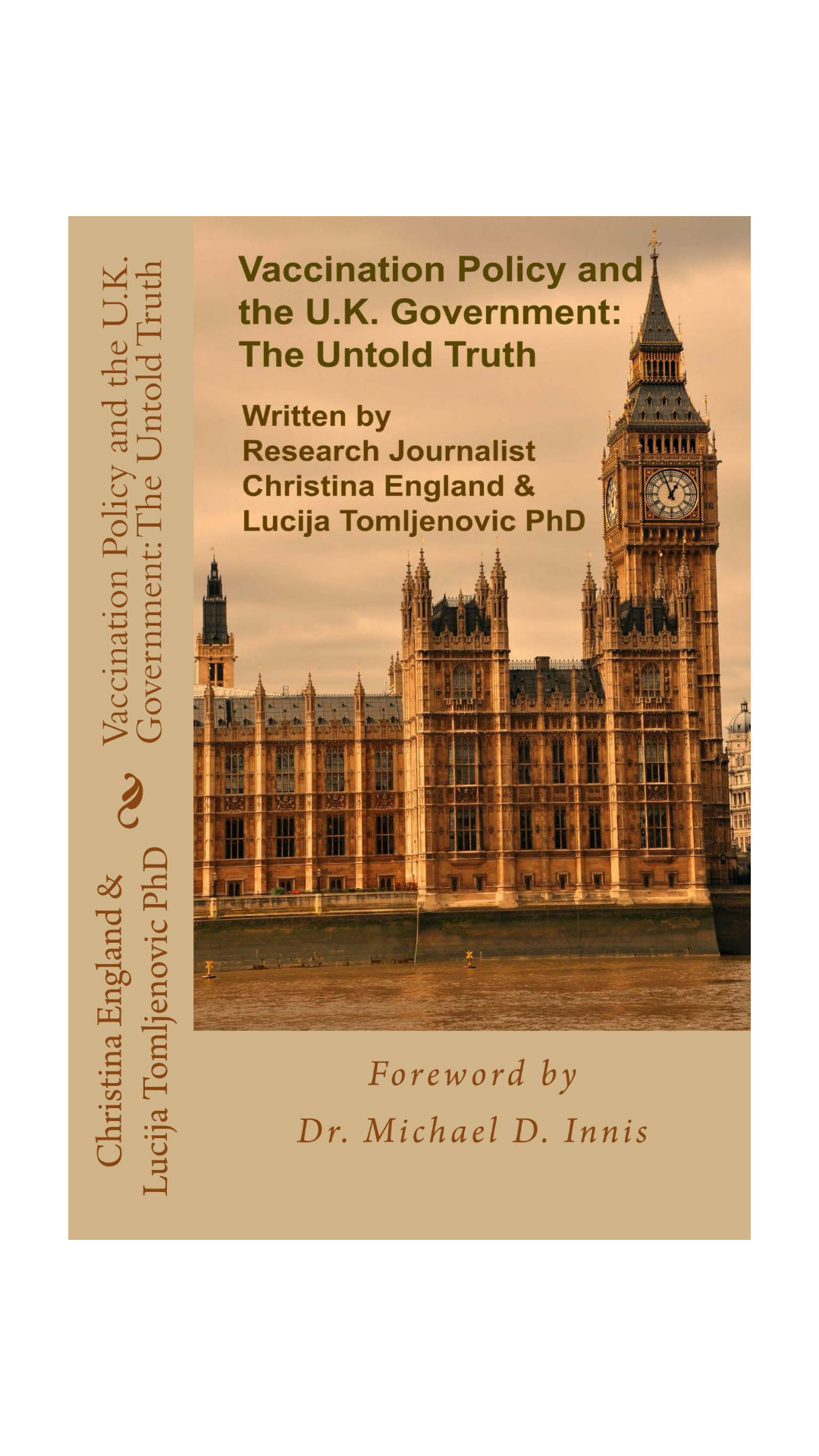